SMARTRAQ (Strategies for Metropolitan Atlanta’s Regional Transportation and Air Quality) is a Georgia Tech research project whose goal is to provide a framework for assessing which combinations of land use and transportation investment policies have the greatest potential to reduce the level of auto dependence while promoting the economic and environmental health of the Atlanta metropolitan region. The project was initiated by Georgia Department of Transportation and is supported through a partnership between: transportation interests (Georgia Department of Transportation, Federal Highway Administration, Georgia Regional Transportation Authority, Atlanta Regional Commission); environmental interests (U.S. Environmental Protection Agency, Turner Foundation); public health interests (U.S. Centers for Disease Control and Prevention, Georgia Division of Public Health); and land and economic development interests (Metro Atlanta Chamber of Commerce and Urban Land Institute – Atlanta DistrictOffice).

History and Need for the Project

The Atlanta Metropolitan Region has experienced explosive growth in recent years. This growth has come in the form of increased population and land area converted to urban uses. It has been estimated that the Atlanta Region grew from approximately 68 miles north to south in 1990 to 121 miles in 1997. The Atlanta Region is among the lowest in average population and employment density in the nation. This research project explains that the distances between where people live, work, shop, and recreate are very high when compared with national averages. It is argued that the high dispersion of development and lack of intermixing of uses in the Atlanta region has resulted in one of the highest vehicles miles traveled (VMT) per capita in the U.S., a distance of more than 32 miles per day in 1999. As a result, Atlantans in the thirteen county study area travel, on average, 115 million miles a day, a distance greater than from the sun to the earth.

The original SMARTRAQ grant proposal for $1.7 million was funded by the Georgia Department of Transportation and Federal Highway Administration with additional support from the U.S. Environmental Protection Agency and the Turner Foundation. This funded scope of work is entitled, “Integrating Travel Behavior and Urban Form Data to Address Transportation and Air Quality Problems in Atlanta” — we shortened this to SMARTRAQ (Strategies for Metropolitan Atlanta’s Regional Transportation and Air Quality). This original scope of work was amended to include funding from the Centers for Disease Control and Prevention to assess the physical activity and public health benefits of non-motorized travel. 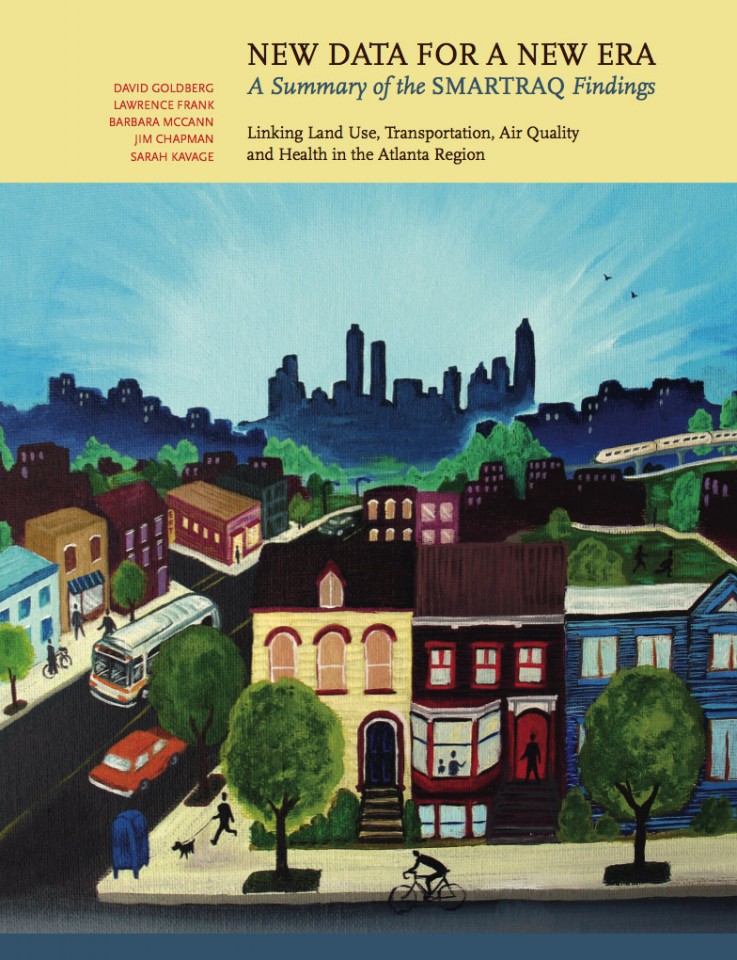